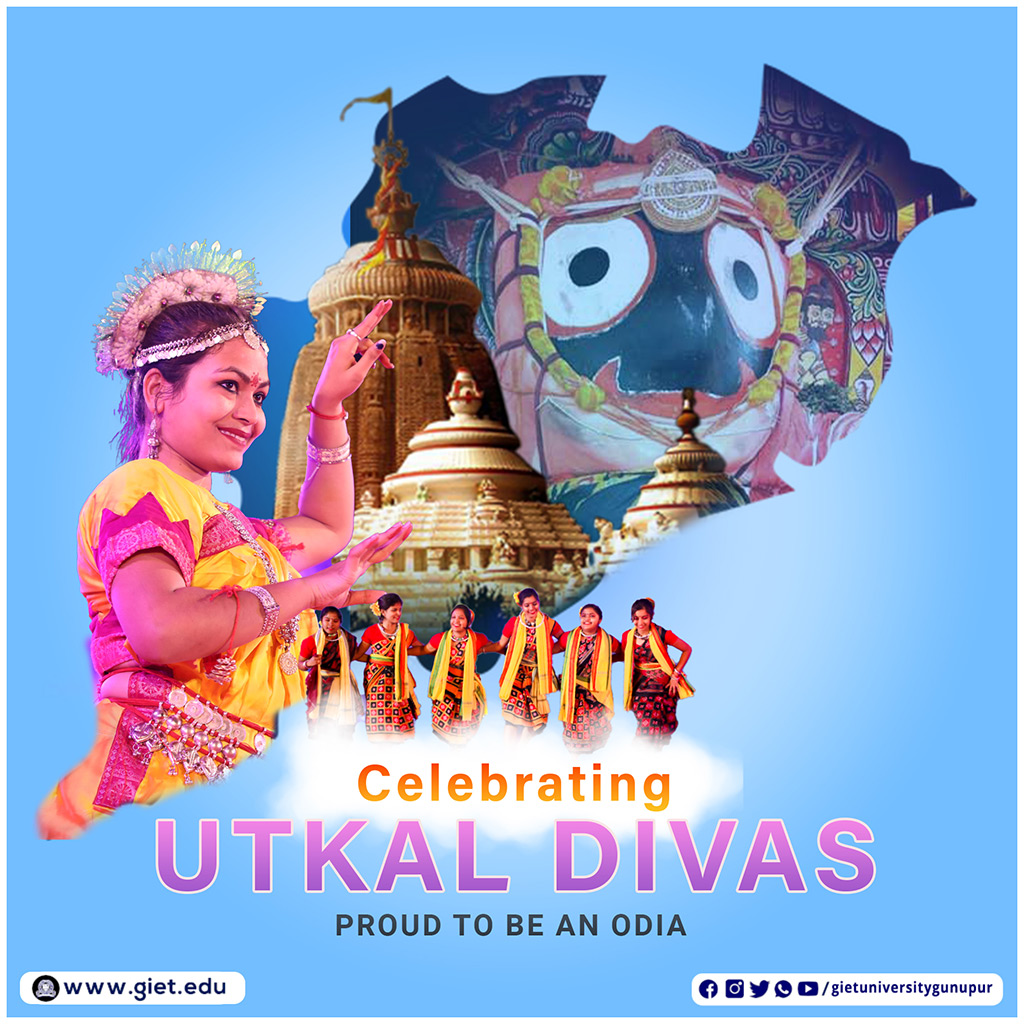 GIET University wishes everyone Happy Utkala Divas!
Today, Odisha celebrates its 86th foundation day, known as ‘Utkal Divas,’ with immense pride and glory. In the year 1936, the state became independent on this day.
On April 1, Utkal Divas, also known as Odisha Day and Utkala Dibasa, celebrates the struggle to achieve an independent identity for the state previously part of Kalinga, ruled by Emperor Ashok and after that by Kharavela.
In 1936, about a decade before India’s independence, the Indian state of Odisha was established as an independent province. 86 years ago, Odisha became India’s first language-based independent state on this day.
During British rule, Odisha was a section of the Bengal Presidency. However, after a three-century battle, the state was separated from the Bengal and Bihar provinces on April 1, 1936. Since then, April 1 has been celebrated as Odisha’s foundation day. The state and several parts of the Madras Presidency became an independent entity on this date.
Social media & sharing icons powered by UltimatelySocial