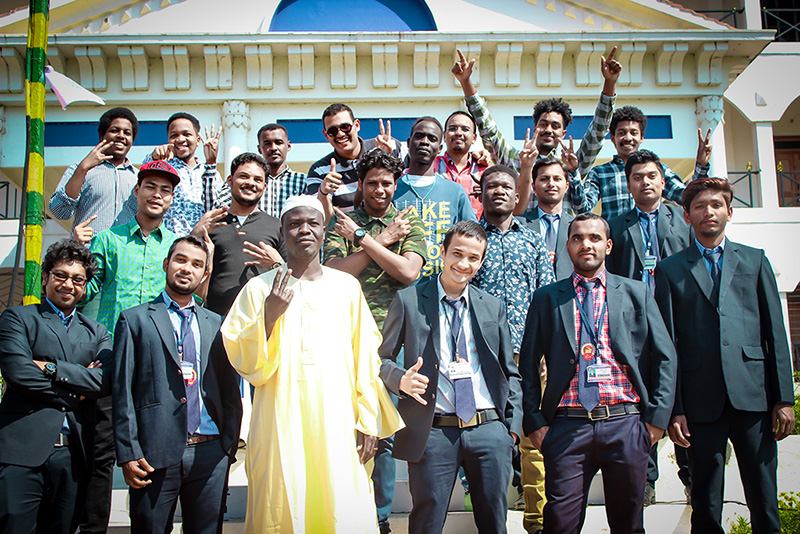 GIET University – the symbol of quality education in Eastern India welcomes international students for admission into various disciplines under B. Tech (Engineering), Under Graduation, Post-Graduation, Management, and Science and Humanities courses.

GIET, Gunupur scored 3.28 on CGPA out of the 4-grade scale by National Assessment and Accreditation Council (NAAC) and has been graded A by the National Board of Accreditation (NBA) to exhibit a high standard of technical education. GIETU has the approval of the All India Council of Technical Education (AICTE), Ministry of Human Resource Development, and Government of India to take admission of Foreign Nationals, Person of Indian Origins (PIO), and Children of Indian Worker in Gulf Countries.

GIETU has a cosmopolitan atmosphere with the presence of students from various countries. The University takes pride in the fact that it can provide quality higher education on par with international standards. GIET University is the first-choice institution for Non-Resident Indians (NRIs), Foreign Nationals (FN), Person of Indian Origins (PIO), and “Children of Indian Worker in Gulf Countries.”

Since 2002, students of FN, PIO, and “Children of Indian Worker in the Gulf Countries” have enrolled at GIETU. GIETU is a community that values cultural diversity within the campus. Students of different countries who share different religious beliefs, cultures, and socio-economic backgrounds are treated with love and respect at the University.

We encourage students and their guardians to verify their seniors’ facts before taking admissions in their respective courses. Parents, students, and consultants from different countries like Nepal, Bhutan, Sudan, Vietnam visited our campus before confirming their students’ admission (since 2008 batch). More than 250 students from different countries enrolled in the University, and many have also passed out from our University.

The reasons why so many international students have selected GIETU to further their studies are because of its discipline, safety and security Besides being a cosmopolitan and safe campus, the University continuously upgrades its academic offerings to meet the evolving demands of the global workforce. The curriculum is designed and upgraded in such a manner that all industry standards are met.