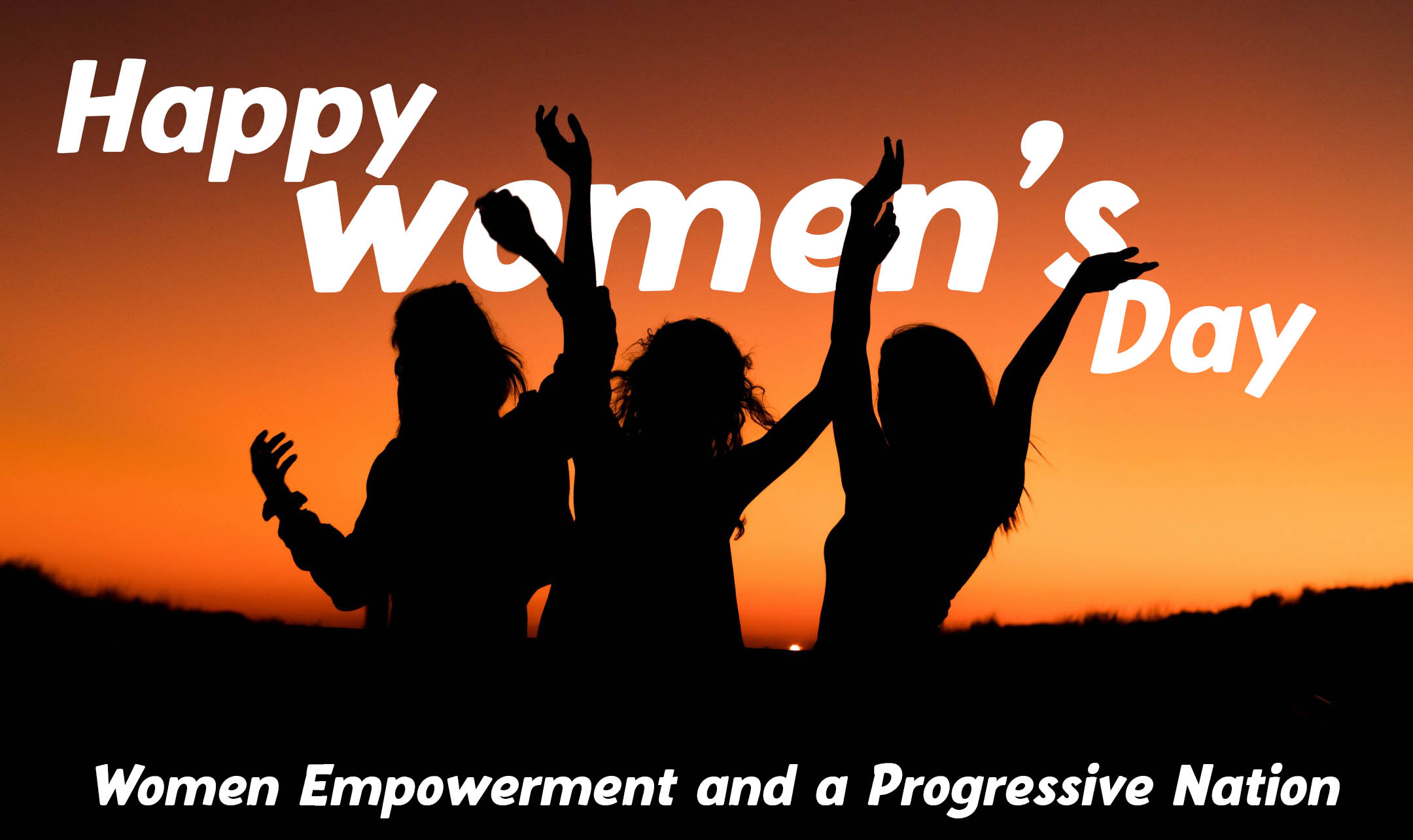 Woman is the builder and moulder of a nation’s destiny,….She is the supreme inspiration for man’s onward march. – Rabindranath Tagore

The progress of a country is not possible until women are given equal status. They must be treated at par with their male counterparts. Their contribution to their respective fields needs to be acknowledged and applauded. Women also need to be provided equal opportunities as their male counterparts on every front.

Women all over the world have proven themselves as equally dynamic and competent as men. In every sphere of life, women have had to face countless challenges. But despite of all the obstacles and challenges, women have proved their genius mettle in a male-dominated society.

The Constitution of India recognizes gender equality. From the Preamble to Fundamental Rights to Directive Principles of State Policy (DPSP), all these constituent elements of the Constitution promote a gender just and egalitarian society. The Constitution also empowers the State to adopt measures of positive discrimination in favor of women. The State has also tried to bring about more significant involvement of women in Science and Technology. It includes motivating girls to take up science and technology for higher education, involving women in development projects that focus on scientific and technical inputs, developing a scientific temperament right from childhood by inculcating value-based and scientific education.

Men outnumber women in most Science, Technology, Engineering, and Mathematics (STEM) fields in higher educational institutions. This STEM gender gap leaves women out of high-paying jobs in computer science and engineering. The female labor force participation in India is also low, a mere 21 percent against the global average of 40 percent. The reasons behind this are manifold – ranging from socio-cultural norms that value the education of a male more than a female, economic factors, and lack of family support.

Steps by Institutions for Upliftment of Women

Universities work intending to educate women and provide gainful employment and contribute to national growth and development through them. Educational institutes try their level best to create a conducive ecosystem for women to pursue higher education and at the same time get quality jobs. The institutions take several steps and include a secure hostel, safe transport, and scholarships for women. Women are also always encouraged to take up leadership roles and play a pertinent role in different student clubs like debating club, Computer society, Data Science, cultural and music club, dramatics society, and many more. Involvement in all these clubs and societies boosts the confidence and morale of the girl students.

Educational institutions also have a strict policy against sexual harassment to ensure the safeguard of womenfolk. There are sexual harassment control committees and women safeguard cells that aim to deal with sexual harassment and provide a safe environment for both women employees and girls. Some institutions also have a Women Development Cell where the members work to create a gender sensitized community within the campus and outside. The recruiters that conduct campus visits for placements are aware of the gender gaps in different fields and equally employ female students. With employable skill sets like Business English Communication, Oracle, Python, and Data Science, the female students nurture within varied educational institutes and easily find recruitment among top companies both within the country and abroad.

Women need to take inspiration from the top Indian women scientists whose achievements in science and technology have brought laurels.

Being a woman in India can be fraught with difficulties. Right from birth through adulthood and into old age, women have to face several discriminations. Many social evils hold back women from reaching their potential. Some of the heinous evils include female infanticide, female foeticide, sex-selective abortions, illiteracy, dowry, and harassment, which are regularly inflicted upon women. A concerted and coordinated effort is required from all quarters to change women’s present circumstances. A change of social attitude which regards women as the weaker sex is essential. Instead of looking for role models, she needs to be a role model for others. Women need to have this conviction that they are an asset to the country and form the cornerstone of nation-building.