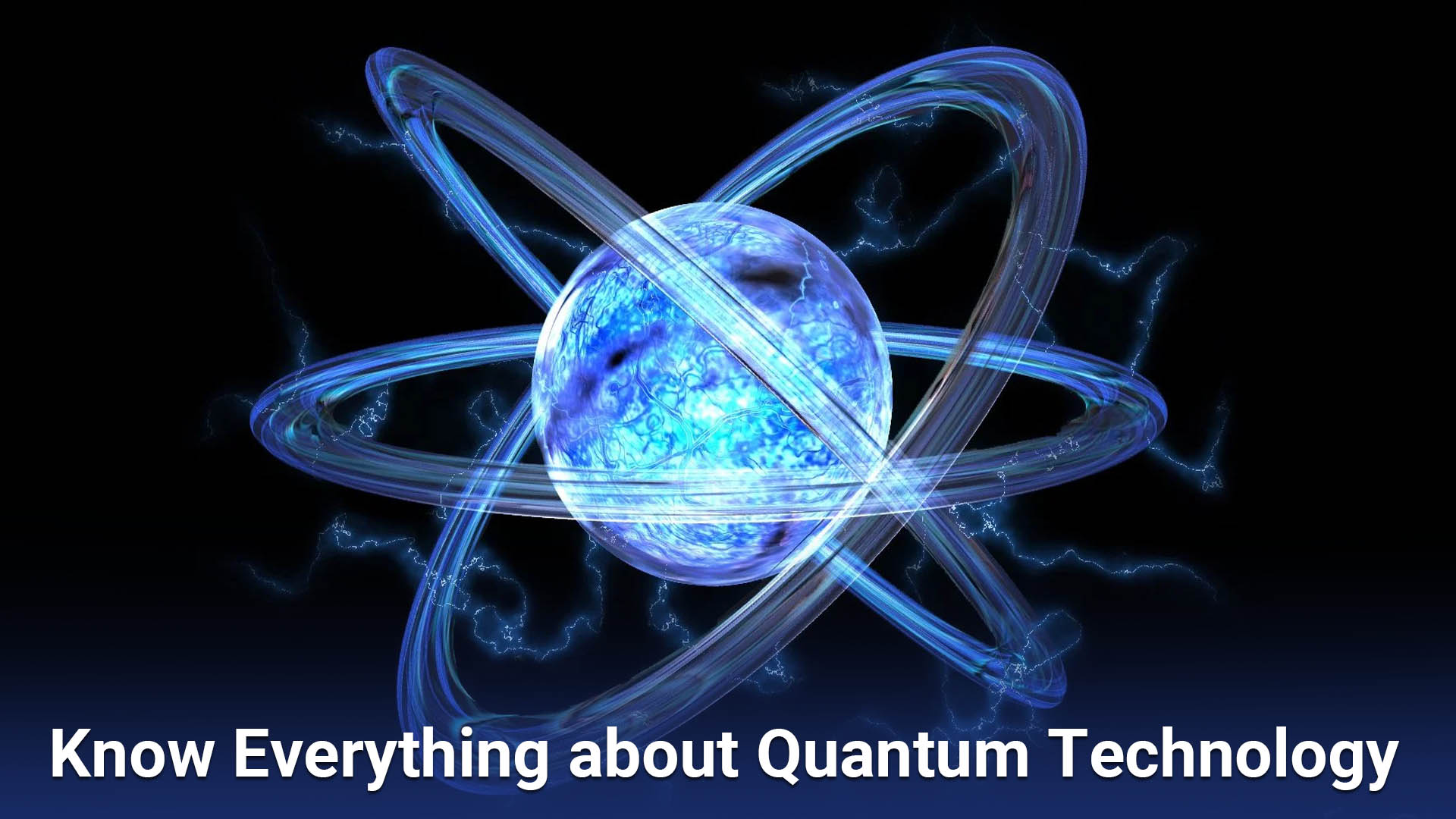 Today, governments, big IT businesses, and investors worldwide are investing heavily in research and development in quantum science and technology. Therefore, those not part of the academic community must also understand the basics of ideas like quantum computing. However, even for physicists working in disciplines other than quantum information, the concepts behind these technologies might be difficult to comprehend.

Therefore, the quantum industry encompasses much more than only quantum mechanics, which will power the upcoming generation of extremely fast home and business computers. In actuality, the broader category of quantum technologies takes advantage of microscopic particles’ peculiar behaviour for various applications, such as navigational aids, improved imaging technology, and incredibly accurate timing devices.

What is Quantum Technology?

Quantum mechanics, which studies the physics of subatomic particles and includes ideas like quantum entanglement and superposition, is a subset of quantum technology.

Your smartphone is an example of quantum technology since its semiconductors use quantum physics. Still, neither you nor the engineer who created it needs to be experts in this field.

The latest engineering achievements are utilizing more of the potential of quantum mechanics, which is why we are talking about quantum technology now, 50 years after it entered our lives through nuclear power. As of late, we have begun to exert control over quantum superposition and entanglement. In light of this, a wide variety of modern devices, such as:

Within a year or two, these applications might, to some extent, be helpful. But it’s difficult to predict which innovations will be merely evolutionary and disruptive. Since early investment is likely to make the difference between evolution and revolution, this uncertainty presents a chance for proactive enterprises.

Here are the summaries of the two fundamental principles fueling the most significant advances in quantum technology.

Quantum entanglement: What is it?

When two atoms are entangled in quantum mechanics, they are coupled even though they are physically apart. If you alter the characteristics of one, the other immediately follows. Theoretically, this would remain the case even if the entire cosmos disentangled the entangled atoms. According to quantum mechanics, just looking at an atom can alter its characteristics as if that weren’t astounding enough.

This opens the prospect of improving communication security by using cypher keys with quantum protection. Entangled atoms can determine if someone has tampered with data transmission.

Quantum superposition: What is it?

The idea that subatomic particles can be in numerous states at once is known as quantum superposition. The Schrodinger’s Cat thought experiment’s central idea is that a cat, a flask of lethal poison, and a radioactive source are all enclosed in a sealed box. The flask breaks when a Geiger counter detects radiation, releasing the poison and killing the cat. The cat may be alive and dead while the box is shut since radioactivity detection is a statistical process; the outcome is only confirmed when you open the box and see the cat in either state.

Quantum computers are where this bizarre interpretation of reality most clearly finds practical application. Parallel and simultaneous calculations can be completed swiftly because of the limitless possibilities brought forth by this superposition state

How is quantum technology accessible to businesses?

The UK government has spent almost £400 million since 2015 to advance its quantum knowledge. A large portion of the funds was invested in four university centres, which have led to exciting innovations but little return on the investment thus far. Academic institutions find it challenging to promote technology to business and apply their inventions to pressing societal issues.

The government just started looking at the possibilities of quantum technology to see how to get around this. By swiftly translating scientific findings from the lab to real-world applications, the UK will become a global leader in the field.

Therefore, forward-thinking corporations should collaborate with university hubs and business-oriented organizations knowledgeable about the technology to invest in quantum technology effectively. Businesses have the actual problems that such brilliance could tackle, while universities have creative ideas rooted in science. There must be collaborative evaluations of how new quantum technology compares to conventional options to align these two fields of expertise. Organizations can then develop solid business cases.

Everyone wants to take advantage of quantum computing, and this ambition sparks a global arms race.

Quantum computers use quantum bits which can have any value between 0 and 1, as opposed to conventional computers, which only work with digital bits of 0s and 1s. And if you entangle the qubits, you can find solutions to issues that conventional computers cannot. For instance, a future quantum computer may quickly break any of the popular security protocols today, such as 128-bit AES encryption. The task would take millions of years to complete on even the greatest supercomputer available today.

From ENIAC to the integrated microprocessors, data centres, and cloud computing derived from “quantum 1.0” technologies, it has taken 75 years (semiconductor junctions, lasers and so on). Seventy-five years from today, picture a world with cutting-edge “quantum 2.0” gadgets and computers.